Midcentury modern houses are not only an impact of the movement. It extends from furniture to interior to iconic creations on the exterior.

Before jumping into the details, do you know what is a midcentury modern house? The fact is that midcentury modern house plans embrace everything to bring your home closer to nature with iconic spaces. But, you see, materials never thought of being used in housing construction and look like they float above the ground.

While others add the style to the interior, adding a modern touch while still keeping the style. You see it displayed in universities, civic buildings, churches, libraries, and more. To find out more about what midcentury modern houses are, make sure to stay awhile and read on.

When you place two bricks together, you have the start of architecture. It all began with Ludwig Mies van der Rohe and developed over the years into what you still see today. We can all agree that architecture reflects time from the lines, dimensions, materials to the shape.

During the 1940s to 1950s, architects started looking at forward-looking styles from buildings, vehicles to social changes. They wanted the surroundings to be fun, and during this time, the rise of public garages appeared. It all began in Europe and made its way north with Arne Jacobsen and Eero Saarinen.

Once it reached the American shores, it was welcomed by Palm Springs, a pinnacle place for mid-century designs from homes to public buildings. However, how do you recognize a midcentury modern house? Modlust is here to help bring a mid-century touch to your living space.

When it comes to midcentury modern house plans, you can find the following available:

Every mid-century modern home is easy to notice. Take this home as an example; in the Charles and Ray Eames home, you see geometric lines, a regular feature when looking at the roof. The flat planes are standard and one of the most popular features in a mid-century house, making them genuinely iconic. The Case Study House 8 may look industrial made of steel and glass, but it becomes one with nature. The Eames Foundation allows you to take a tour to explore the exterior and interior for yourself in Pacific Palisades.

When you explore a midcentury modern home, the second thing you notice is open spaces with many windows. Next, you’re greeted by expansive panes of glass with sliding doors, as seen in the Stahl house designed by Pierre Koenig. The good news is that you can book yourself a tour to explore the home to see more. In addition, this home welcomes you and nature indoors, creating a perfect mix for any person living there. 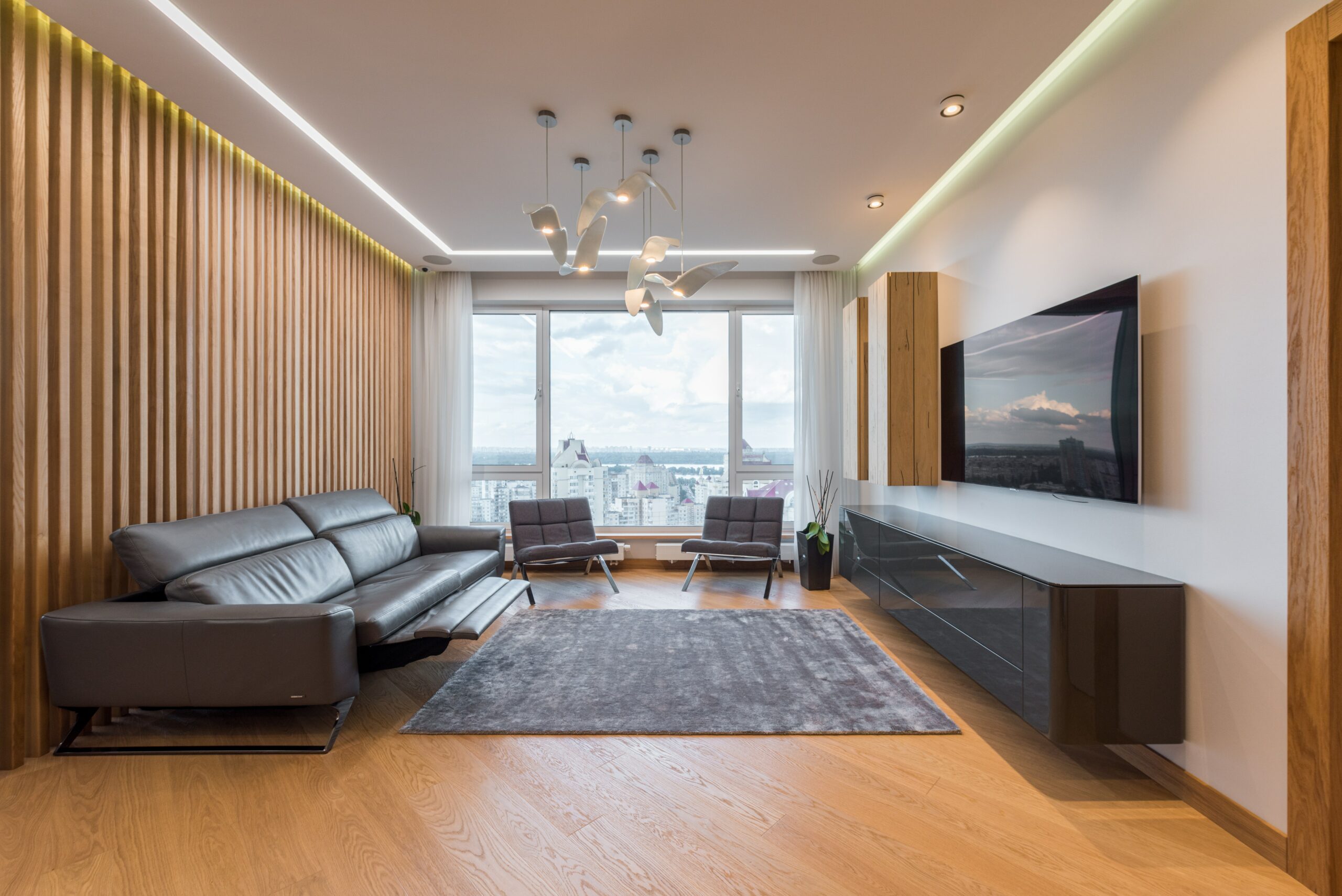 The inside of a midcentury modern house has an inviting space with small steps going up/down between the rooms. It creates a split level of living space, and even rooms with height the inches are noticeable. There are cabinets at varying heights with partial walls to make different depths in the living space. Check out this fab video of Kristen Wigg’s Mid-Century Pasadena home without leaving yours.

Become One with Nature

Another excellent example of a mid-century modern house is becoming one with nature. You find it from the interior to the exterior, as the natural surroundings become part of the living space. All rooms have multiple views of the outside with access points in/out to appreciate the living healthily.

A fact is that many people have chosen the midcentury modern design for their living space. If you have limited space, it emphasizes appeal and functionality. Here are two excellent examples:

The home was designed by a modernist architect and became a phenomenon in 1954. However, the property remains true to the original design found in Palm Springs, California. The current owner is author J.R. Roberts, and over the years, he started to renovate the house and looks like it was built in the 50s. The house overlooks a rocky landscape blending in with the surroundings and is made of organic materials. 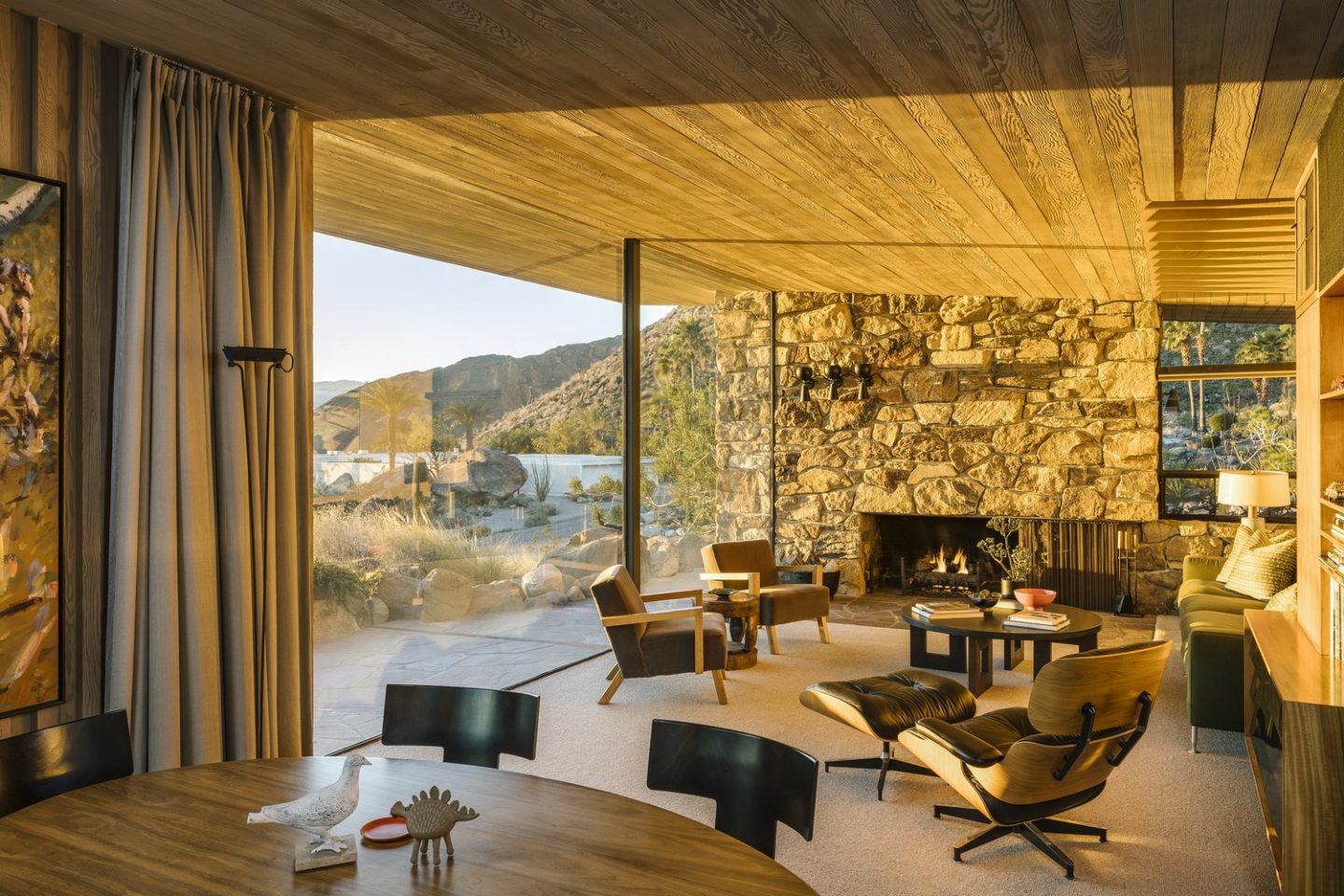 The Dowell Residence in Seattle, Washington

You find this midcentury modern house centered on an open atrium of two levels. The lines are lined with cedar, with light pouring in from all the sides. The mid-century modern house plan makes use of all the natural surroundings to draw in lively energy. The home is the design of Paul Kirk, an architect during 1953.

The above mid-century modern design is some of the great architects to create exceptional living spaces. However, two architects stand out from the rest.

The architect better known as Le Corbusier started his practice in 1922 with his cousin Pierre Jeanneret. They made an impact when it came to midcentury modern architecture. Le Corbusier, born in 1887 in Switzerland, contributed to the style through his work and writing. In 1923, he published a book known as the Five Points of Architecture that has influenced many other designers. Many know him for using glass and steel in his designs. He has also built over three continents, and seventeen of the sites are UNESCO World Heritage sites, including the Taj Mahal.

When it came to Californian, designer Greta Magnusson Grossman made a considerable impact. She was born in 1906 in Sweden and made a name for herself when living in L.A. She designed fourteen homes in the city during 1949 and 1959. According to the Los Angeles Conservancy, she was the only female architect to have an independent practice in the town. She designed the Backus house, Nelson house and prepared the furniture in Design Within Reach. Her work is highlighted in different museums that include the now-closed Pasadena Museum of California Art.

Over America, you can find different towns with midcentury modern homes. Here are some of the best MCM towns:

Here you can find more than 1,254 MCM homes built from 1953 to 1962. The most extensive collection you see in Glenbrook Valley is midcentury and ranch homes. Furthermore, the city boasts many MCM architects such as John Chase (first home built in Riverside Terrace) and Frank Lloyd Wright (who created the Thaxton House.)

If you want to see eye-candy midcentury modern homes, then Las Vegas is high on the list. First, visit La Concha Visitors Center that once was a lobby for the famous La Concha motel designed by Paul R. William. The entrance doubles up as the entryway to the Neon Museum Boneyards. Then you have the Guardian Angel Cathedral that looks spectacular with its geometric and angular shape. View the video to see the inside of this church.

In the Arapahoe Acres neighborhood, you find a home built between 1994 and 1957. The home is an excellent example of a midcentury modern house collaborated by Eugene Sternberg and Edward Hawkins. Furthermore, you can also see some of the first prefabricated houses in the city in Harvey Park made by Cliff May’s tract ranch homes. While others, you see in Arapahoe Hills in Littleton.

The Types of Wood Used in Modern Home Design in 2021