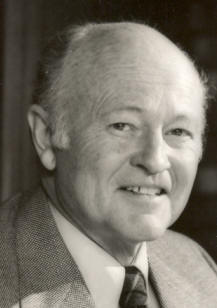 FRED CARTER WILLIAMS, FAIA (1913-2000)
Williams was born in Fork NC and grew up in Greensboro NC and worked at the O. Henry Hotel as a teen. He graduated in 1935 with a degree in Architectural Engineering from NC State and in 1939 with a degree in Architectural Design from the University of Illinois. From 1939 to 1941 he was an assistant professor at the NCSU Department of Architecture. In the Army during WWII, he taught at West Point from 1941-1946. He did post-graduate work at Columbia from 1944-1945. In 1954, the NCSU School of Design’s Matsumoto Wing of Brooks Hall, home of the NCSU School of Design, was designed by George Matsumoto with Carter Williams as the Architect of Record. Partner Macon Smith was heavily involved along with Carter’s brother Turner Williams.

Modernist in the Triangle