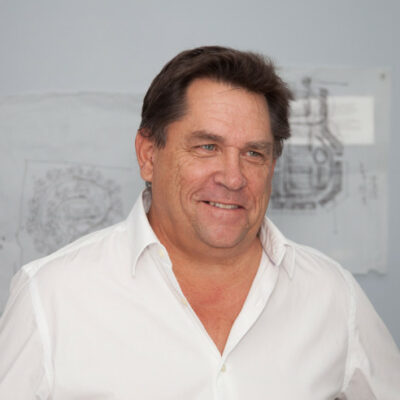 Phil Szostak has over 40 years of experience in a broad range of architectural design projects. A graduate of NC State University’s College of Design, he first opened Philip Szostak Associates (PSA) in 1980 and demonstrated exceptional abilities in designing projects ranging in scale from small renovations to complex, multi-million dollar facilities. In 1990, he became the North Carolina principal for NBBJ, then the nation’s second-largest architectural practice. After 12 years leading the design and administration of hundreds of millions of dollars of construction, he left NBBJ to reestablish PSA, now Szostak Design.

Phil is responsible for the design and documentation of all projects in the firm. His recent projects include the Durham Performing Arts Center, which he designed and co-developed, the Aloft Hotel in Downtown Durham, and renovations to the Capitol Broadcasting Company Headquarters in Raleigh.

His portfolio includes notable cultural projects such as renovations to the NC Museum of Art in Raleigh and the Southeastern Center for Contemporary Art in Winston-Salem. He is currently leading multiple projects for UNC System institutions: UNC Chapel Hill, NC State, Fayetteville State, ECU and the UNC School of the Arts.

Phil’s work has been widely acknowledged, garnering numerous local, regional and national awards for design excellence over the course of his career. In 2009 he was named a Fellow of the American Institute of Architects (AIA), in 2010 he was the co-recipient of AIA North Carolina’s Kamphoefner Award for outstanding contributions to modernism in architecture, and in 2018 he was recognized with the AIA North Carolina Gold Medal.

Modernist in the Triangle